A Super-Thin Slice Of Wood Can Be Used To Turn Saltwater Drinkable.

Filtering the salt from seawater can take a lot of energy or specialised engineering. A thin membrane made of porous wood may be able to fix that.

In membrane distillation, salty water is pumped through a film, usually made of some sort of polymer with very narrow pores that filter out the salt and allow only water molecules through. Jason Ren at Princeton University in New Jersey and his colleagues developed a new kind of membrane made of natural wood instead of plastic. 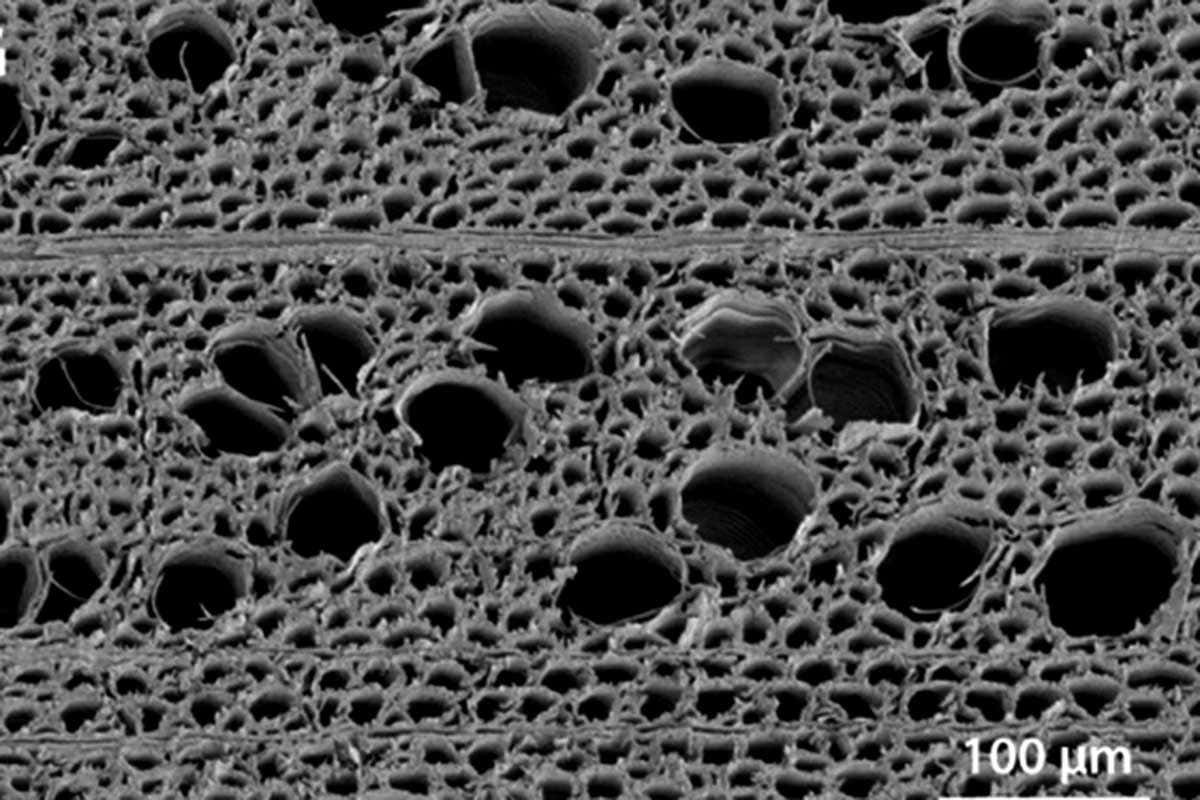 A close-up of the modified wood which filters salty water.

“If you think of traditional water filtration, you need very high-pressure pumping to squeeze the water through, so it uses a lot of energy,” says Ren. “This is more energy efficient and it doesn’t use fossil-fuel based materials like many other membranes for water filtration.”

His team’s membrane is made of a thin piece of American basswood, which undergoes a chemical treatment to strip away extra fibres in the wood and to make its surface slippery to water molecules. One side of the membrane is heated so that when water flows over that side it is vapourised.

The water vapour then travels through the pores in the membrane toward its colder side and leaves the salt behind, condensing as fresh, cool water. This takes far less energy than simply boiling all of the saltwater because there’s no need to maintain a high temperature for more than a thin layer of water at a time, Ren says. 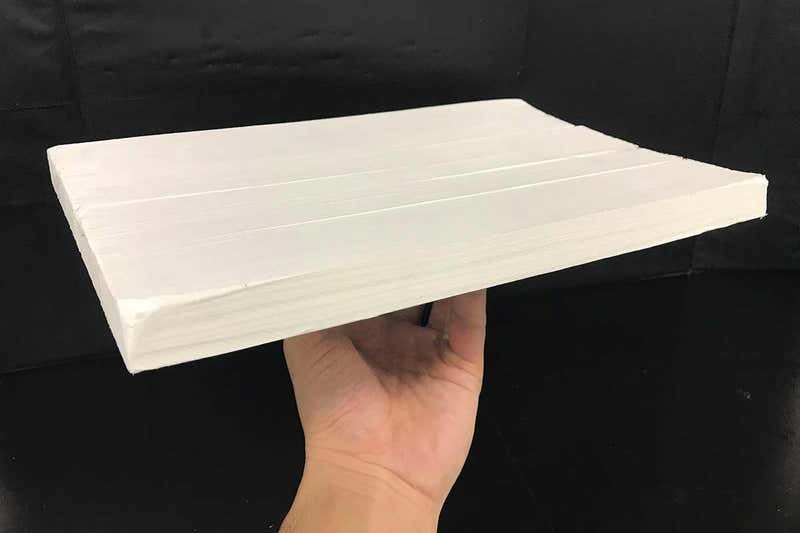 Making the wood membranes thinner shouldn’t be too hard with the right equipment, Ren says. “The functional part of the membrane is a micrometre thick,” he says. “The rest is just a supporting structure to make it harder to break.”