Prowood Ltd are delighted to have supplied over 21,000lm of Siberian Larch cladding & decking to the impressive RHS Bridgewater project. 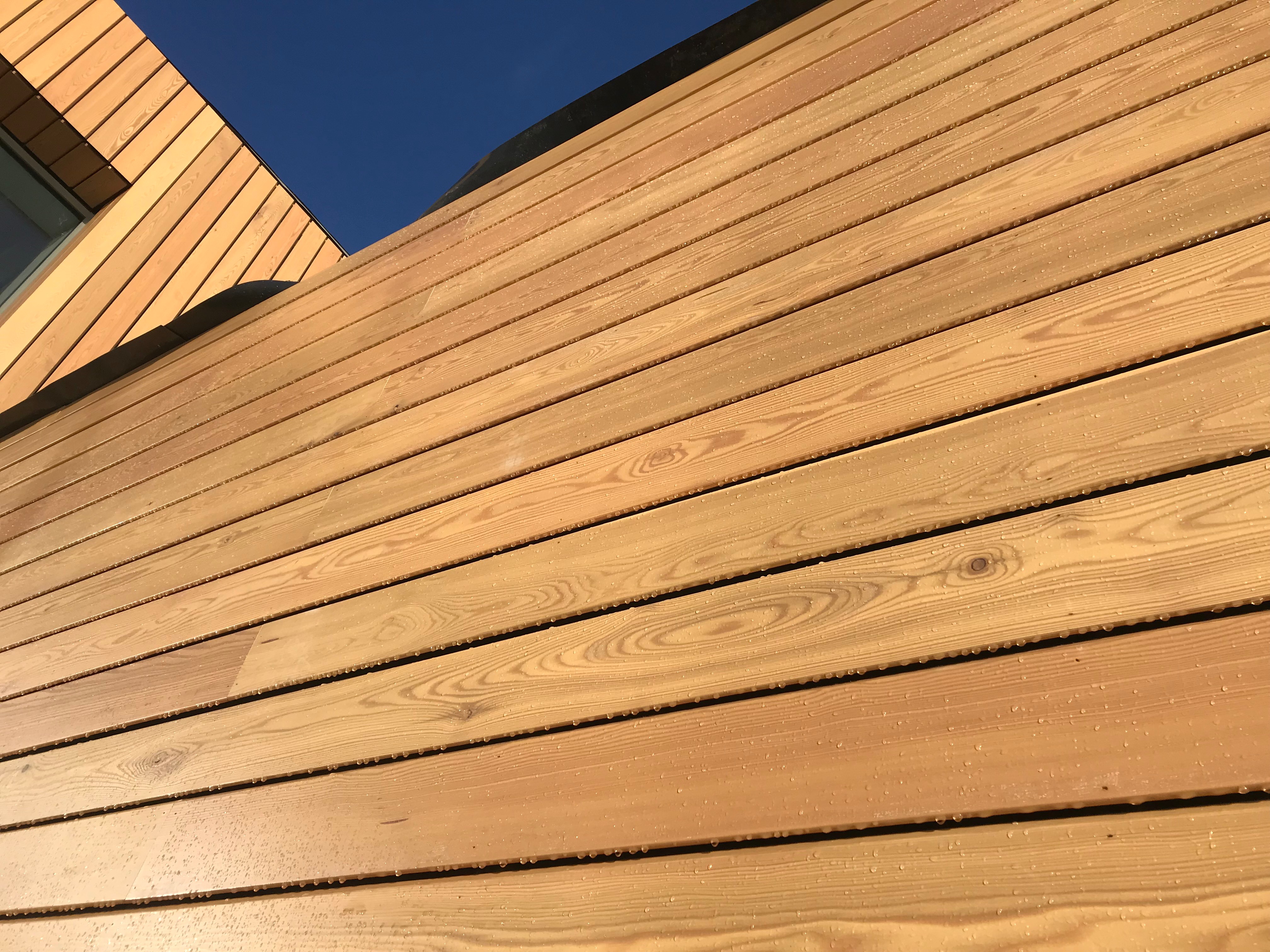 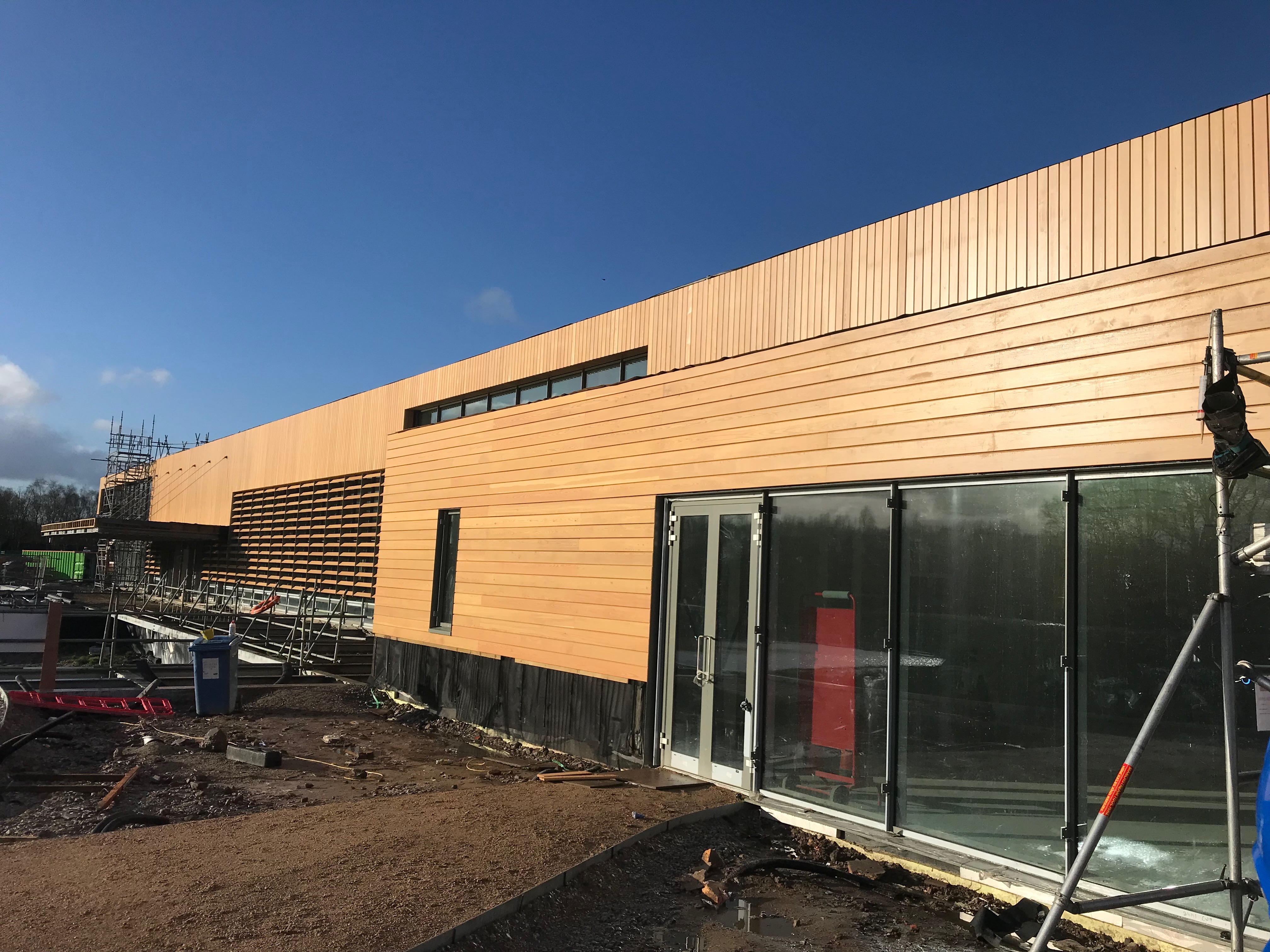 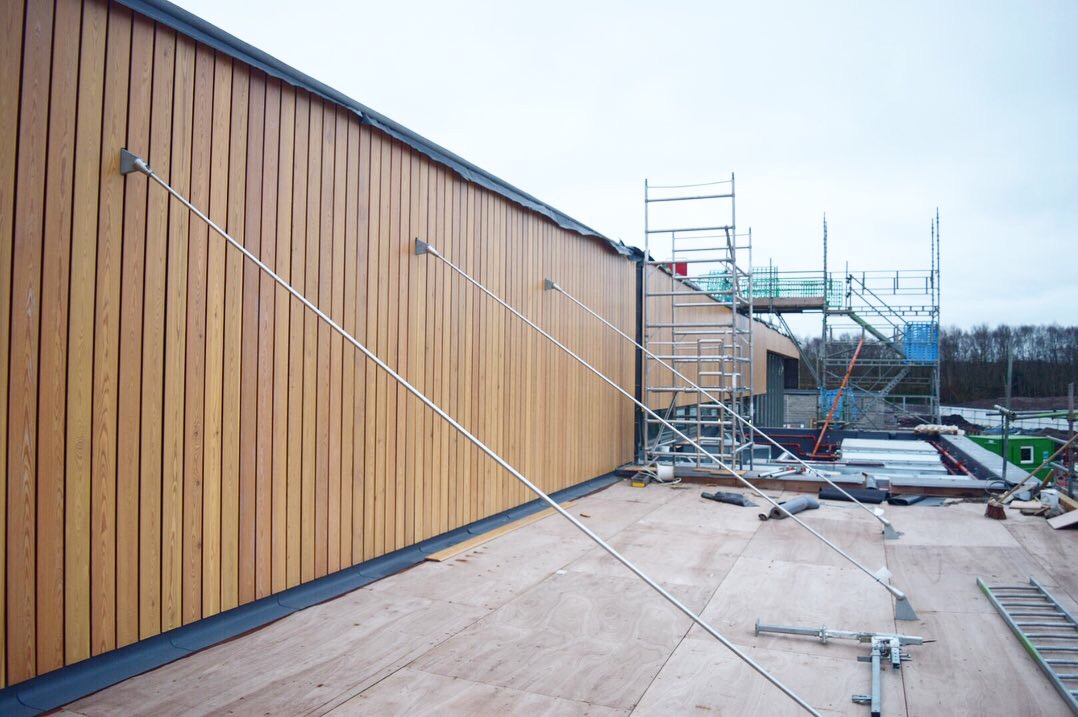 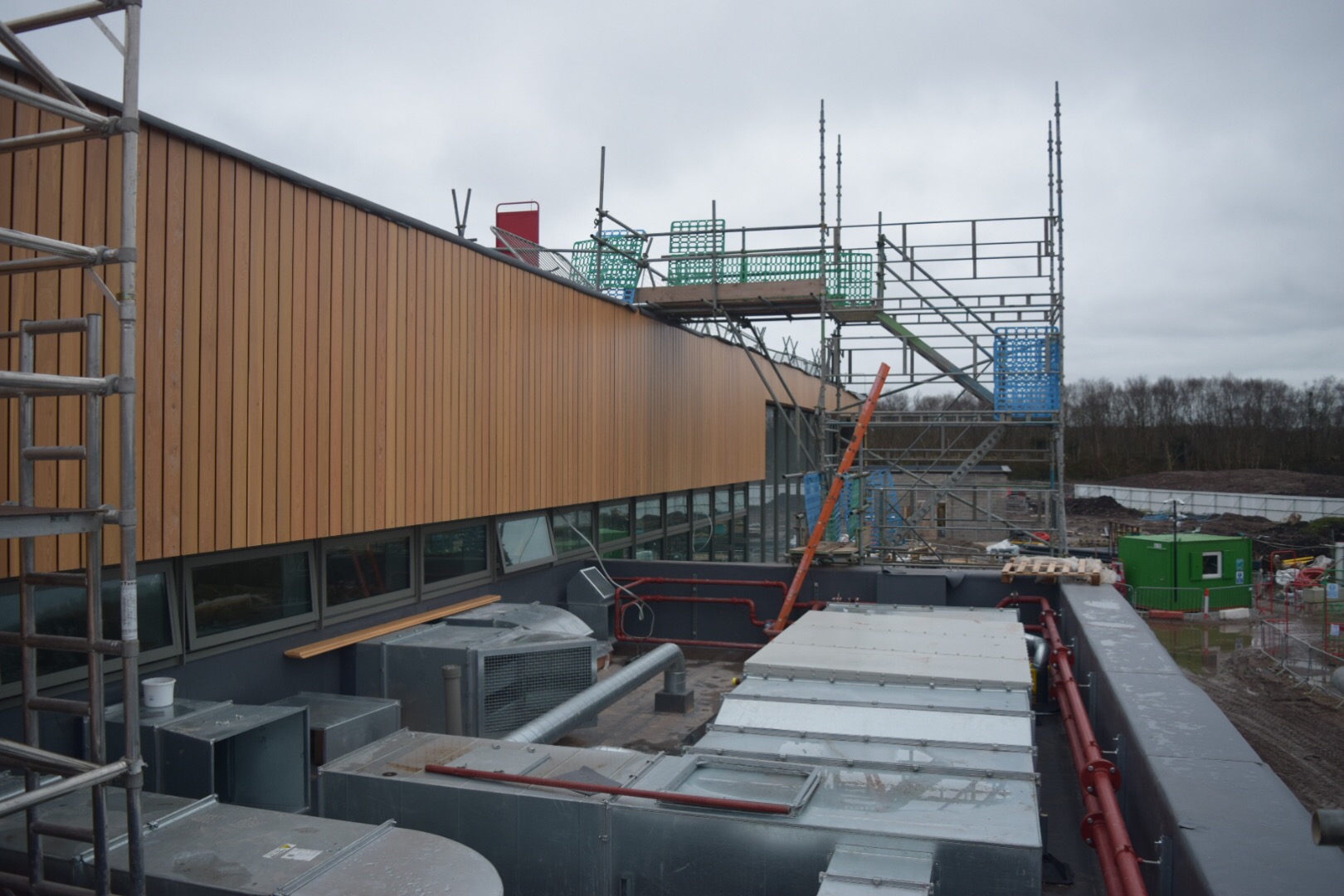 Opening 30 July 2020: RHS Garden Bridgewater, a new spectacular 154-acre garden, transforming the historic grounds of Worsley New Hall in Salford into a beautiful green place for the local community and visitors to enjoy all year-round.

The former site of Worsley New Hall, in Salford, is a heritage landscape that's now being transformed into an iconic RHS Garden. Renowned landscape architect, Tom Stuart-Smith created an ambitious ‘masterplan’ and the fantastic Bridgewater team, alongside a plethora of award-winning garden designers, are bringing 'gardens within a garden' to life by blending history with new world-class horticulture. 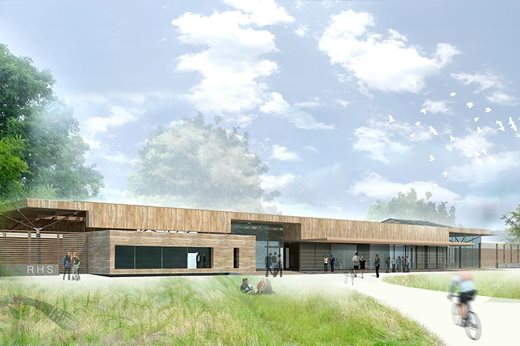 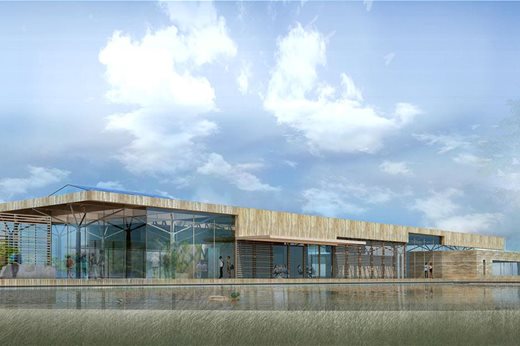 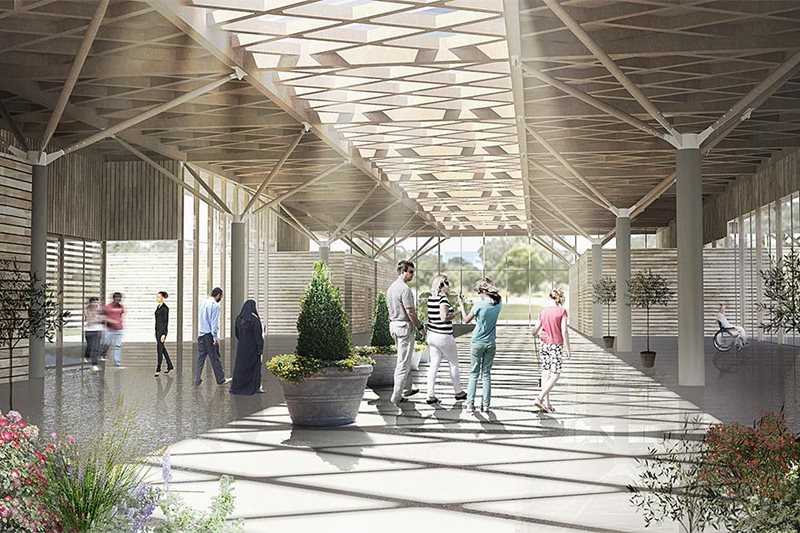 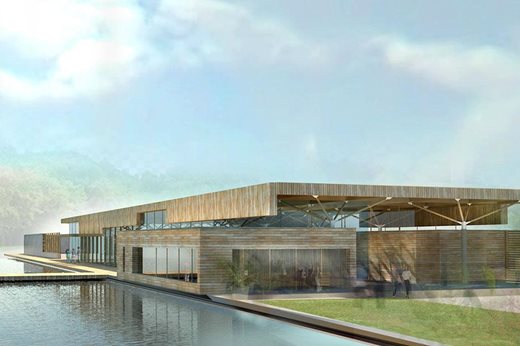 Once visited by Queen Victoria and King Edward VII, Worsley New Hall survived a fire and two World Wars before it was demolished in the 1940s

In its heyday, Worsley New Hall, standing in its glorious, formal landscaped gardens, was a notable residence of its era.

Built for the 1st Earl of Ellesmere between 1840 and 1845, this grand Gothic-style mansion was designed by the architect Edward Blore – whose speciality was Tudor and Elizabethan-style architecture, and whose reputation was for completing projects on time and to budget. This particular project cost just under £100,000 to build, the equivalent of around £6.7 million today.

Like many a fine garden in its era, there was a croquet lawn and a tennis court. An area of woodland towards the west of the hall separated the formal gardens from the gardener’s cottage and the 11-acre walled kitchen gardens. From these kitchen gardens, staff sent out 'flowers and evergreens' at Christmas and Easter to local churches, Sunday schools and workhouses.

Queen Victoria visited the hall twice, in 1851 and 1857. For her first visit the Queen and her party travelled to the hall via the Bridgewater Canal. In honour of her visit, the canal was dyed blue and the Earl of Ellesmere commissioned a Royal Barge and built a landing stage on the banks.

King Edward VII and Queen Alexandra visited in 1909 for a review of the East Lancashire Division of the Territorial Army in the grounds of the hall.

Worsley New Hall became a British Red Cross hospital during the First World War, but afterwards, with the departure of the Egerton family from the Worsley Estate, the hall and the gardens fell into decline.

In the Second World War parts of the hall were requisitioned by the War Office, its gardens used as training grounds by the Lancashire Fusiliers.

During the early 20th century the hall fell into disrepair. Weakened by dry rot and following a fire in 1943, this once-grand building was finally demolished by a scrap merchant, who had bought it for just £2,500. By 1949, after a century of heritage, the hall became part of the Salford's historic past. In subsequent years parts of the grounds have been used as a garden centre, a Scout camp and a rifle range.

Looking to the future

The RHS master plan for RHS Garden Bridgewater will embrace the site's heritage while also giving it a future.

Commenting on the plans, broadcaster and RHS Vice President, Alan Titchmarsh MBE, said: 'The development of the RHS’ new fifth Garden will be the biggest hands-on gardening project the charity will have undertaken in its 211-year history. Watching how RHS Garden Bridgewater takes shape and grows is going to be fascinating, especially some of the major restoration projects like the Walled Kitchen Garden.'